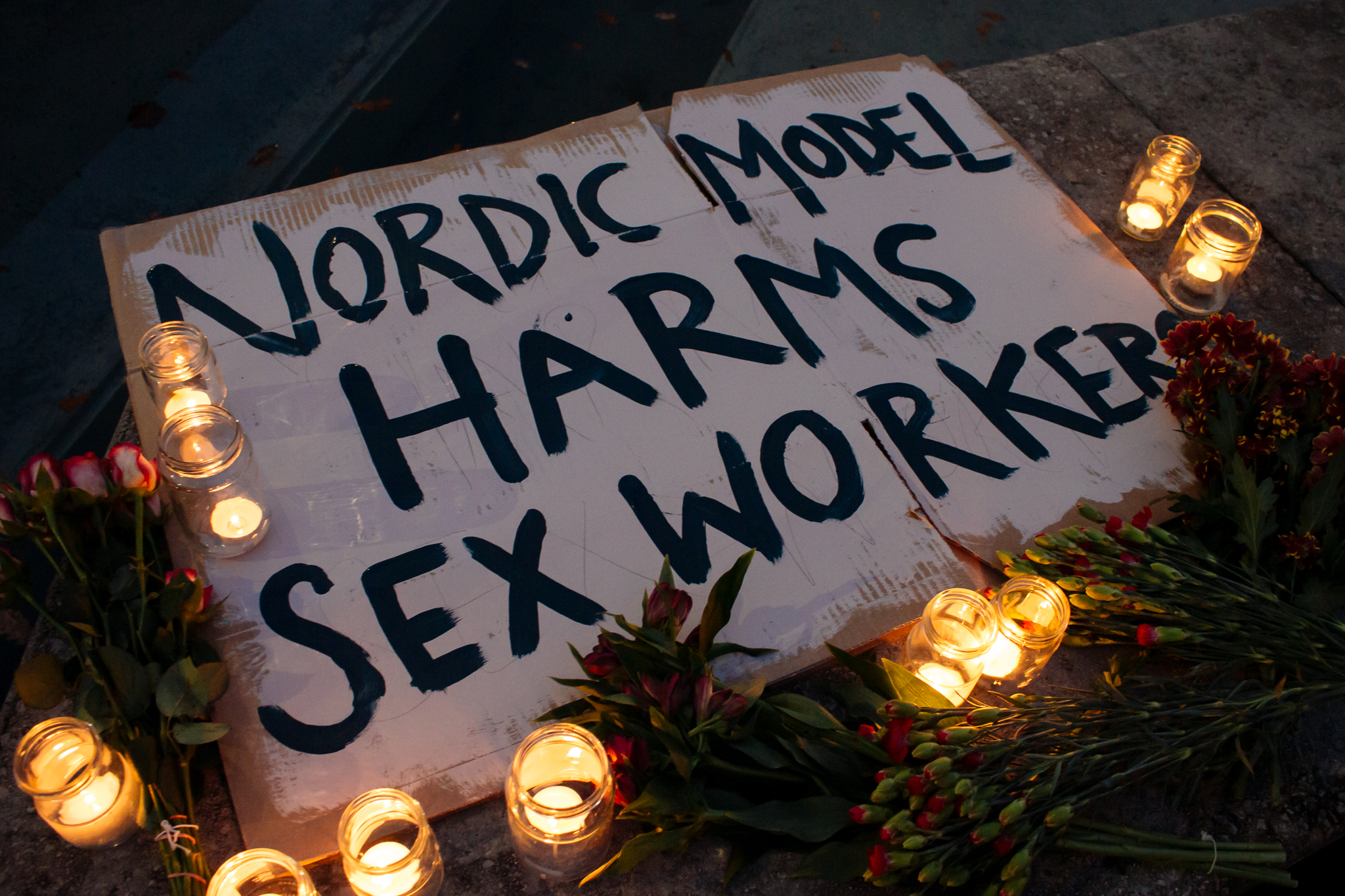 Sex workers and allies gathered outside the Scottish Parliament to mark International Day to End Violence Against Women on 25th November. Scot-Pep held the event to draw attention to how Scottish Government policy fuels violence against women who sell sex, and to demand that sex workers be heard in the Equally Safe consultation on ‘challenging men’s demand for prostitution’.

Scot-Pep and Umbrella Lane are using the slogan ‘Not Equal, Not Safe’ to campaign against Scotland’s potential push towards client criminalisation (sometimes called the ‘Nordic model’ or ‘end demand’). 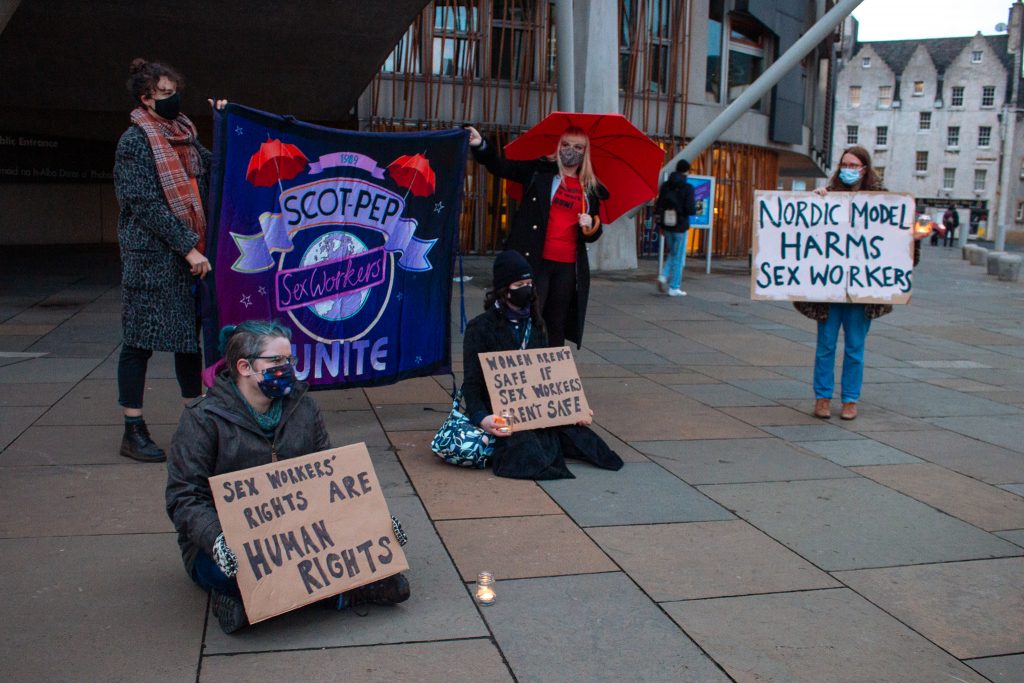 On Wednesday, Scot-Pep members, other sex workers, feminists and allies gathered with candles and flowers outside Holyrood to say clearly that while sex workers aren’t safe, women aren’t safe. In particular, we want to highlight: 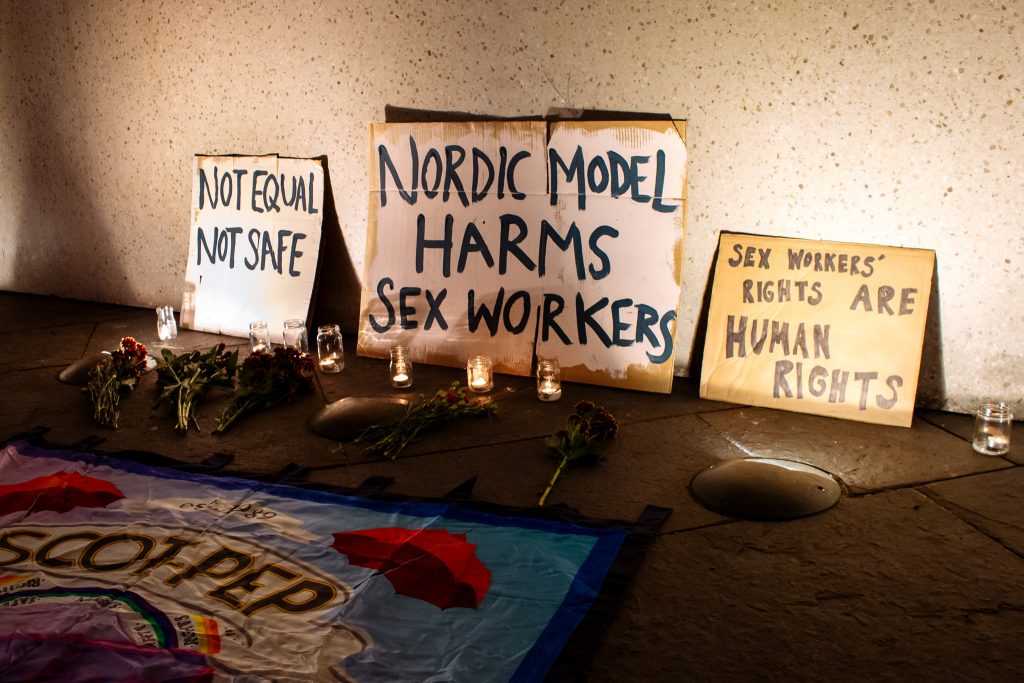 Marie, a sex worker involved in the vigil, said: “Sex workers in Scotland are not equal and not safe. I wish the Scottish Government would engage with us properly about what we need – financial help and decriminalisation – not impose inaccessible consultations on us and then be nowhere to be found at vigils like this.”

Read more about Scot-Pep’s response to the Equally Safe consultation.