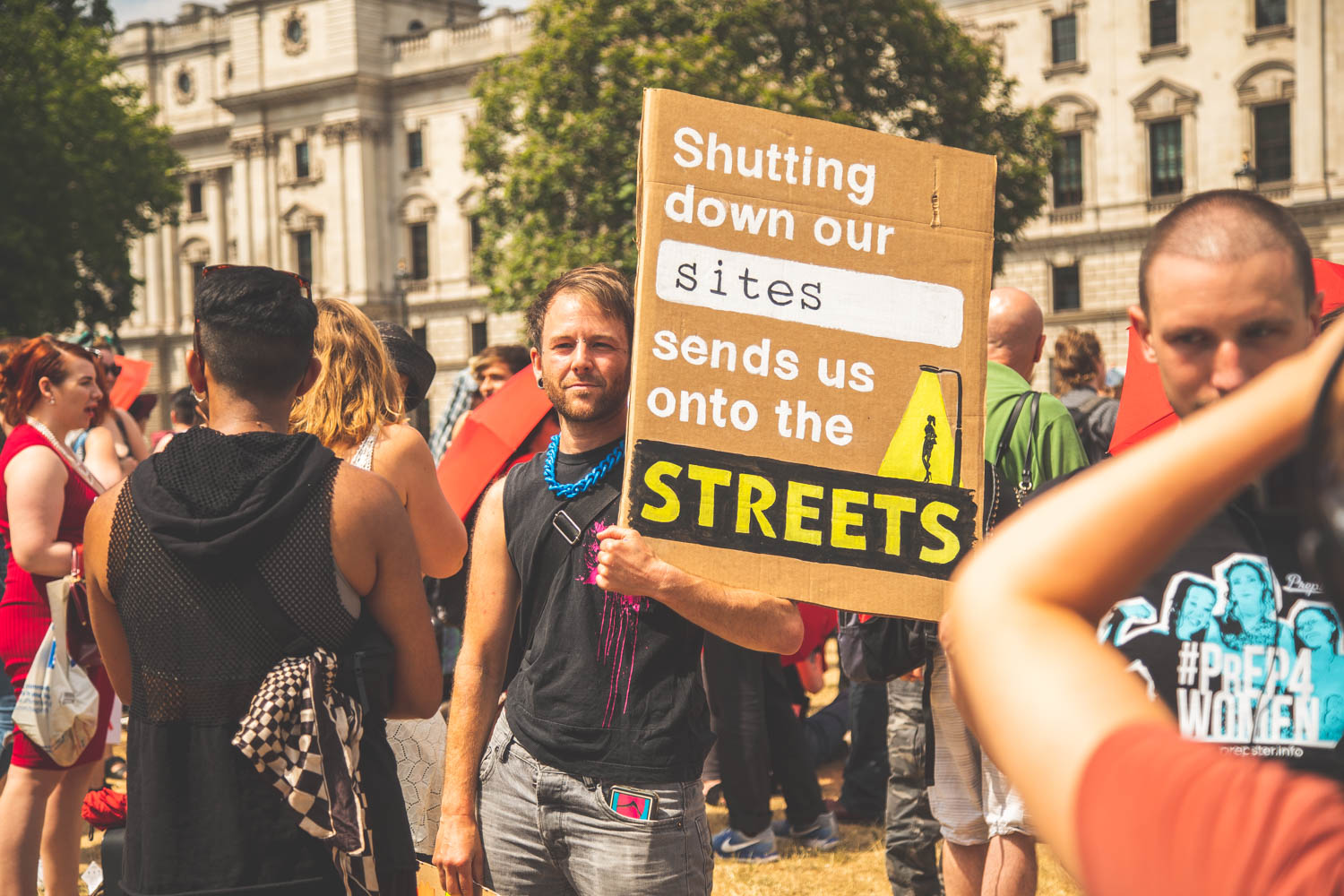 In November 2020 Scot-Pep submitted written evidence to an inquiry by the Cross-Party Group on Commercial “Sexual Exploitation Advertising (SEA) websites”. This is a summary of our submission, which you can download in full below.

Sex workers use online spaces for advertising, and for safety measures. There is often overlap between these two uses, as well as overlap between advertising, safety, and use of websites for personal use such as keeping in touch with friends and family. Activities related to sex work often take place on a range of platforms beyond what may be considered “websites that advertise sexual exploitation”.

The impact of FOSTA-SESTA on people who sell sex has been enormous. When the laws passed, many internet services used by sex workers to make money and share safety information pre-emptively closed. Sex workers are now less able to share safety information with each other. The laws have had a detrimental effect on sex workers’ quality of life, financial stability, safety and health.

Sex worker organisations are acutely aware of the exploitation faced by sex workers, and invested in supporting sex workers who experience exploitation, violence and other forms of harm. As with other forms of labour and informal income-generation, exploitation may happen via these websites, alongside other activity which is not exploitative. Exploitation of labour is a complex problem and exists within and outwith these online spaces. Evidence from the USA shows that closing these spaces displaces, and exacerbates, harm to people who sell sex. In 2018, sex workers all over the USA reported former managers, including violent and exploitative managers, had got back in contact with them following FOSTA-SESTA, “capitalizing on the confusion and fear this law has created, as online communities where sex workers found and vetted clients and offered each other support are disappearing.”

Approach of government and police

Sex workers in Scotland face a very worrying situation, including enormous financial hardship following lockdown. COVID-19 has changed the sex industry in Scotland drastically, with the closure of saunas, strip clubs and government controls on how people interact; many in-person sex workers are now having to navigatate online work. This may be the only opportunity they have to make an income. Any attempt to remove or limit their ability to work online, or use online spaces to screen clients and share safety information, will be incredibly damaging.

Not Equal Not Safe